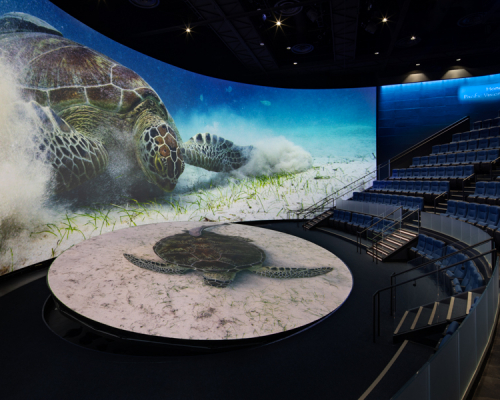 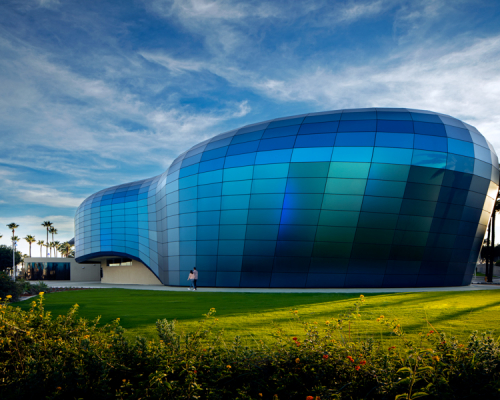 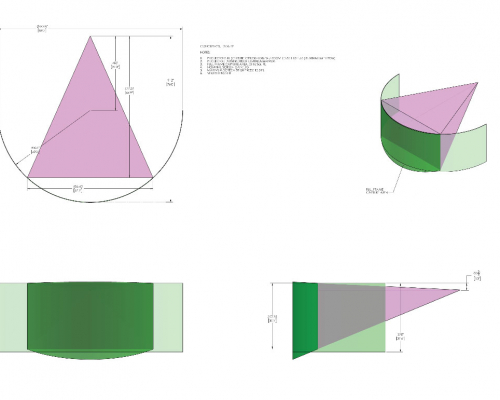 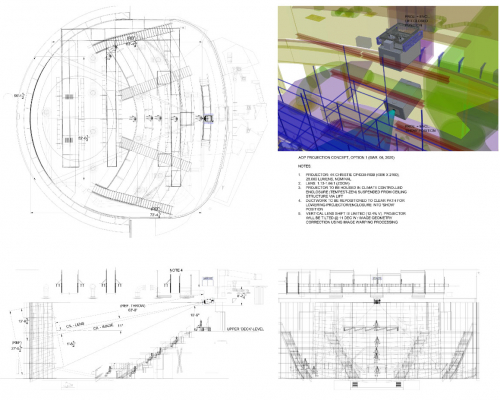 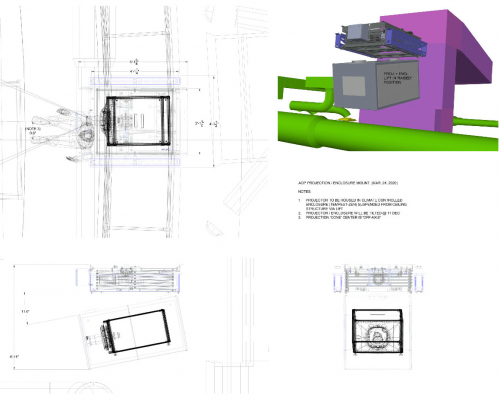 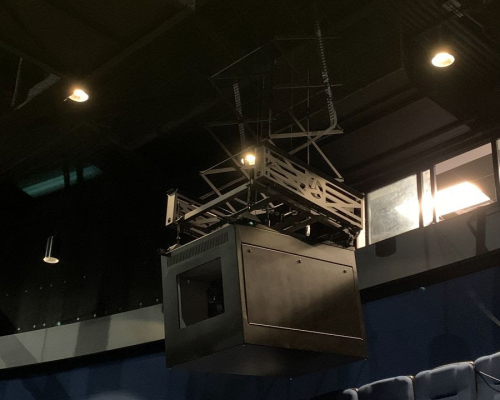 The Long Beach Aquarium of the Pacific has recently completed a beautiful new addition to their facility- the Pacific Visions Theatre.

Employing more than 300 stadium-style seats facing a 32-foot-tall, 130-foot-wide screen that is curved in a 180-degree arc to capture viewers’ entire range of vision, the theatre was a logical choice to present and display cinematic content. And, the Aquarium was already showing licensed theatrical content in a smaller theatre on their campus, so it made sense that the concept be expanded into their new theatre.

Having been purpose built to support the Aquariums existing presentation pieces, the first hurdle was determining how to best integrate the projector into the aesthetic of the theatre’s environment. Having determined early on that a typical booth-located projector would not be feasible, AME modelled a number of positions within the facility to assess geometry, screen coverage and general compliance for cinema projection performance and DCI compliance.

Because the projector was to be located in the audience plenum- known as a “boothless” design, we specified a “hush” enclosure manufactured by Tempest enclosures to be brought into position using an articulated projector lift.

We worked with the project team to determine the positioning of the lift, articulation envelope, geometry- all modeled in 3D and integrated in the facility model. This effort fed the facility engineers with the information required to relocate existing HVAC and other facility infrastructure.

With the design and facility impact complete, installation began in earnest in mid-September. At this time, the interior spaces at the Aquarium had been closed due to Covid restrictions, so installation was unhampered by daily operations and proceeded quickly. In mid-November, AME, in concert with Christie’s cinema support division and Neil Shaw of Menlo Scientific Acoustics, the system was commissioned for DCI projection gamut compliance and properly EQ’d and balanced audio reproduction.